Guide to Banking in UAE

Banks in the UAE are eager to embrace new technologies, such as blockchain and artificial intelligence. This proactive attitude inherently benefits expats residing in the nation; it is not uncommon for bank personnel to visit residents in their homes or offices to ease financial transactions. Digital and mobile banking are also popular, and the country has a large network of ATMs.

Overview of Banking in the UAE

People sometimes refer to the Emirates as the "Switzerland of the Middle East" because it is a peaceful investment destination in a troubled environment. This is largely owing to the UAE's ease of banking. Indeed, a growing number of ultra-high-net-worth individuals regard the country as a safe haven. According to New World Wealth and the Wealth Report, more of the world's wealthiest people may relocate their assets to the country during the next decade.

Given the size of the population, many commentators believe the onshore banking sector is overcrowded. The country has 52 local and foreign banks that are members of the UAE Banks Federation, resulting in a healthy financial sector. 22 of them are national banks. The UAE Central Bank supervises new companies and the adoption of new technology, as well as oversees all financial activity in the country.

Despite the fact that they are predominantly funded by deposits, UAE banks have strong liquidity buffers. Furthermore, the government's willingness and ability to assist local banks remains strong. A range of services is available to those banking in the UAE.

Between locally established and foreign financial institutions, there are four types of banks in the country:

ATMs and Cash Machines in the UAE

As a trade economy, cash is easily accessible throughout the seven emirates. As of 2018, there were 5,261 ATMs in the UAE, with a network that included malls, shopping arcades, community centers, and local and side streets.

When banking in the UAE, most bank customers can easily withdraw cash from any ATM on the local UAESwitch network. Customers must, however, pay AED 2 every withdrawal at another bank's ATM. The majority of banks have an ATM network map on their website. ATMs in the UAE normally accept notes worth AED 50 and up.

Banking in the UAE

Customers can manage their money and finances in Emirati banks in a variety of ways, including in-person or remotely over the internet. Almost every bank in the UAE offers internet banking, and phone banking is commonly available. Customers who prefer to interact with a live person can do so at a branch or service counters in famous malls and other locations across the country. Banks in the UAE have a large presence and are well-positioned to service customers.

Major Banks in the UAE

The most prominent local banks in the UAE are:

The merger of the National Bank of Abu Dhabi and First Gulf Bank resulted in the creation of the largest bank in terms of assets. It has branches all around the UAE, including the Saudi and Omani borders. Because of a partnership with Etihad Airways, some account members can earn Etihad Airways air miles on every FAB transaction.

The Middle East's largest banking organization has its headquarters in Dubai and currently controls 221 branches and 1,023 cash machines throughout the UAE and abroad. Retail banking and wealth management, wholesale banking, Islamic banking, international, and information technology and operations are some of the business segments it operates in.

Mashreq, one of the UAE's oldest private banks, was founded in Dubai in 1967. The bank, which is part of the HSBC Group, has 45 domestic branches and 20 international branches.

Islamic Banking in the UAE

The UAE's Islamic banking sector is generally of excellent quality, owing to its significant focus on the global Islamic economy. The UAE has eight full-fledged Islamic banks and 23 Islamic windows, which are run by conventional banks in the UAE. These assets account for 19% of overall banking sector assets.

Read more: Which Bank is the Best for Fixed Deposit in 2022 in Dubai?

The following are the major Islamic banks in the UAE:

Founded in 1975 and headquartered in Dubai, the bank serves over 1.7 million customers and operates 90 branches around the country. It has a corporate banking division, as well as real estate development, treasury, and other commercial divisions.

Despite being founded in 1997, the Abu Dhabi-based bank has an international network that includes Egypt, Iraq, Saudi Arabia, and the United Kingdom. The bank's operations include global retail and wholesale banking, private banking, real estate, and treasury services.

Investment banking is available in the UAE through a number of foreign and local financial organizations. The consulting and asset-management sector is dominated by a number of smaller multinational players who compete with major local and worldwide wholesale banks. With different minimal criteria, these appeal to retail and business consumers.

Those who bank in the UAE will find it simple to manage their accounts online or using Smartphone apps. Almost every major bank has an online presence, and some, like Emirates NBD, even have virtual assistants to assist with online transactions.

Banking Services in the UAE 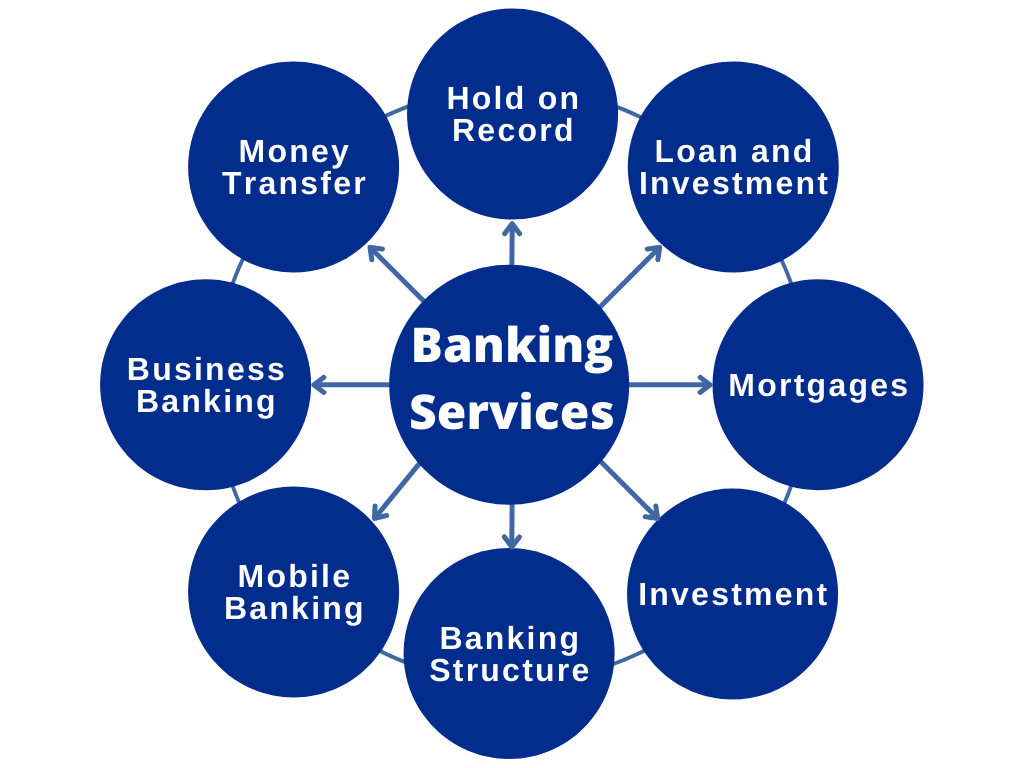 The majority of retail banks in the UAE provide a variety of everyday accounts. Standard accounts and goods for students and young people, as well as joint accounts for families, are among them.

Many expats in the UAE have savings accounts in addition to checking accounts. These often have a higher interest rate but no checkbooks.

Customers banking in the UAE can easily obtain personal loans, whether to purchase a car or a property or to consolidate debt. Most banks also provide both short- and long-term overdrafts.

Because the UAE's property market is mostly geared at expats and foreigners, many banks offer mortgage loans to qualified first-time purchasers.

Retail banks in the UAE provide a variety of investment options, such as funds, bonds, stocks, and insurance-linked pension plans. However, there are minimum balance requirements.

Digital and online banking: Most banks offer internet banking to consumers who desire a more convenient way to manage their accounts.

The major UK banks now have mobile banking apps that allow clients to view their accounts and make payments from their mobile phones and tablets. There are other banks that solely accept mobile payments.

In the UAE, banking solutions for persons who run their own businesses are mainly limited to bank account services.

Through connections with correspondent banks, a variety of banking institutions in the UAE offers simple money transfer services between nations.

Expats working for local companies or on long-term contracts will profit from banking in the UAE. Furthermore, due of the large expenses required, local creditors may be unwilling to send money outside. In the long term, banking in the UAE makes it easier to obtain credit cards and obtain a loan than using an offshore account. It is, however, totally possible to utilize a bank account in another nation. Simply phone your bank and ask whether there are any limits on the amount of money you can move or withdraw in a day, as well as any other complications you may encounter. It's possible that there won't be any problems at all.

There are a number of reasons why a bank will call you or demand your physical appearance in their branches to fulfill some of the formalities. And.. Read More

To ensure that copies submitted are accurate, exact, complete, and unaltered, true copies (or certified copies) of original documents are frequentl.. Read More