Your one stop solution for all the information regarding Bitcoin and its potential investments.

Bitcoin is a decentralised currency that uses peer-to-peer technology, allowing the network to perform all operations such as money issuance, transaction processing, and verification collectively. Here at Dhanguard, our sole motive is to provide best information regarding Bitcoin so that you can make collective and calculated investments.

Bitcoin is not only the first cryptocurrency, but it is also the most well-known of the over 5,000 cryptocurrencies currently in use. Bitcoin has become an integral part of the landscape, with financial media breathlessly covering each new dramatic high and stomach-churning collapse. While the high volatility may make for interesting headlines, it hardly qualifies Bitcoin as the ideal option for new investors or those seeking a reliable store of wealth. Understanding the ins and outs of Bitcoin might be challenging, so let's take a closer look at how it works.

Bitcoin is a sort of digital currency that works independently of a central bank and keeps track of transactions while also generating new units of currency through the computational solving of mathematical puzzles. It is based on ideas presented in a whitepaper by Satoshi Nakamoto, a mysterious and pseudonymous figure. The identity of the individual or people behind the technology is still unknown. Bitcoin promises reduced transaction fees than existing online payment methods, and it is controlled by a decentralized authority, unlike government-issued currencies. 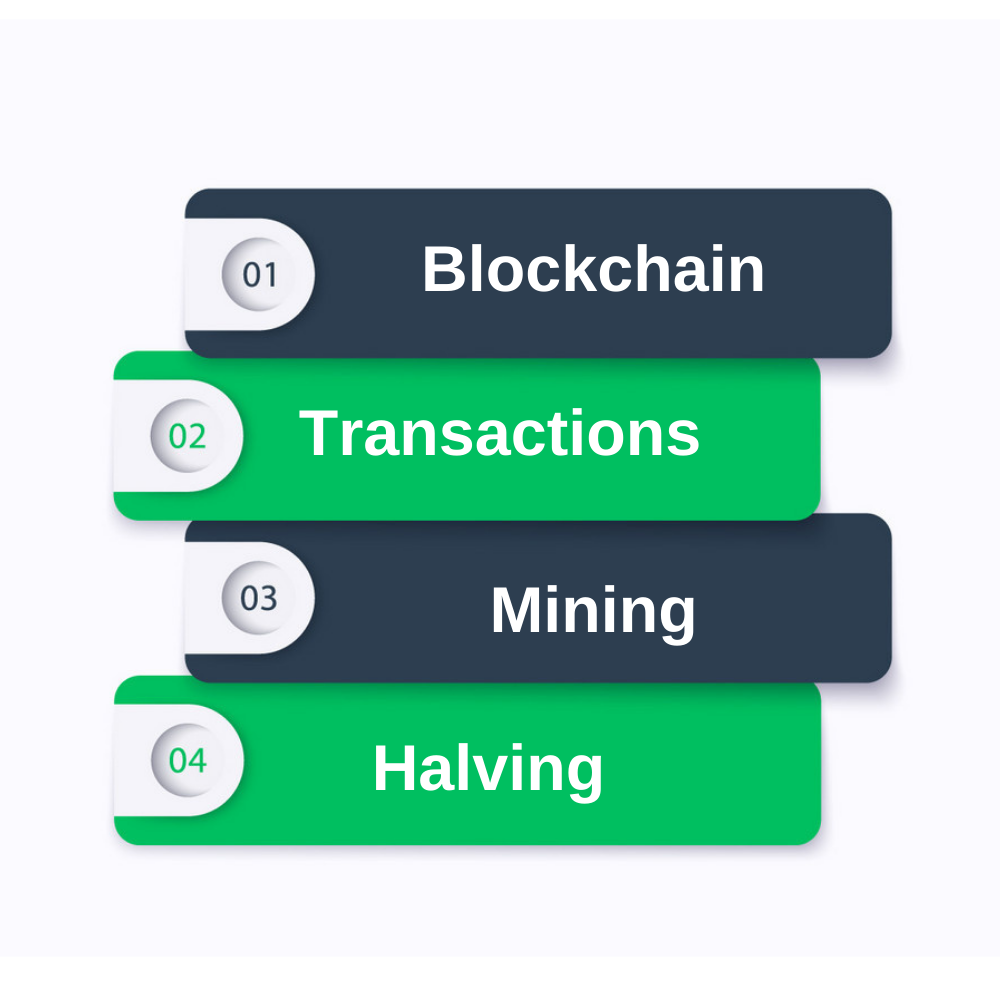 How does Bitcoin works?

Bitcoin is a network that is based on the blockchain protocol. The blockchain and Bitcoin were first outlined in a document published in 2008 by a person or group of persons going by the name Satoshi Nakamoto, and the two concepts were almost interchangeable for a time.

Since then, the blockchain has grown into its own concept, with many of blockchains established using similar encryption approaches. The nomenclature can become muddled as a result of this history. The term "blockchain" is frequently used to refer to the original Bitcoin blockchain. The fundamentals of blockchain technology are thankfully simple. A blockchain is made up of a single chain of chronologically ordered discrete pieces of data. In theory, this data might be anything made up of 1s and 0s, such as emails, contracts, land titles, marriage certificates, or bond trades.

In theory, a blockchain can be used to construct any form of contract between two parties as long as both parties agree to it. This eliminates the requirement for any deal to include a third party. This opens up a universe of possibilities, such as peer-to-peer financial goods such as loans or decentralised savings and checking accounts, in which banks or any intermediary are irrelevant. While Bitcoin's current objective is to serve as both a store of value and a payment system, there's no reason why it couldn't be used in other ways in the future. However, consensus would be required to add new systems to Bitcoin. Governments and private organizations have taken notice of the technology's versatility; in fact, some analysts predict that blockchain technology will be the most important component of the bitcoin frenzy in the long run.

A transaction is a value transfer that is recorded in the block chain between Bitcoin wallets. Bitcoin wallets store a private key, also known as a seed, which is used to sign transactions and provide a mathematical proof that they came from the wallet's owner. The signature also stops anyone from altering the transaction once it has been issued. All transactions are broadcast to the network and, through a process known as mining, are usually validated within 10-20 minutes.

Mining is the process of keeping this trustless public ledger up to date. A network of miners underpins the network of Bitcoin users who trade the cryptocurrency among themselves, recording the transactions on the blockchain. A modern computer can easily record a series of transactions, but mining is tough because Bitcoin's software makes the operation artificially time-consuming. People could spoof transactions to enrich themselves or bankrupt others without the added complexity. They might log a false transaction in the blockchain and then pile on so many inconsequential transactions on top of it that tracing the fraud becomes hard. Similarly, it would be simple to inject false transactions into previous blocks. Bitcoin would be worthless as the network devolved into a huge, cluttered jumble of rival ledgers.

Miners are rewarded with Bitcoin for verifying blocks of transactions, as previously stated. Every 210,000 blocks mined, or roughly every four years, the payout is lowered in half. The halving, or "halvening," is the name given to this occurrence. The system is designed to be deflationary, with the pace at which new Bitcoin is put into circulation set at a low level.

This system is set up so that Bitcoin mining rewards will continue until around 2140. Miners will be encouraged by fees that they will charge network users once all Bitcoin has been mined from the code and all halving have been completed. Healthy competition, it is hoped, will keep rates affordable.

Is it a good decision to invest in Bitcoins in UAE?

Although bitcoins are not taken as payments in many countries which includes United Arab Emirates as well. But this should not stop you from investing in it as it is a potential investment aspect. Investing in bitcoin is permissible in UAE. There are a few advantages as well as certain caveats about which you should be familiar before putting your hard earned money in it. They are explained bellow for your better understanding. 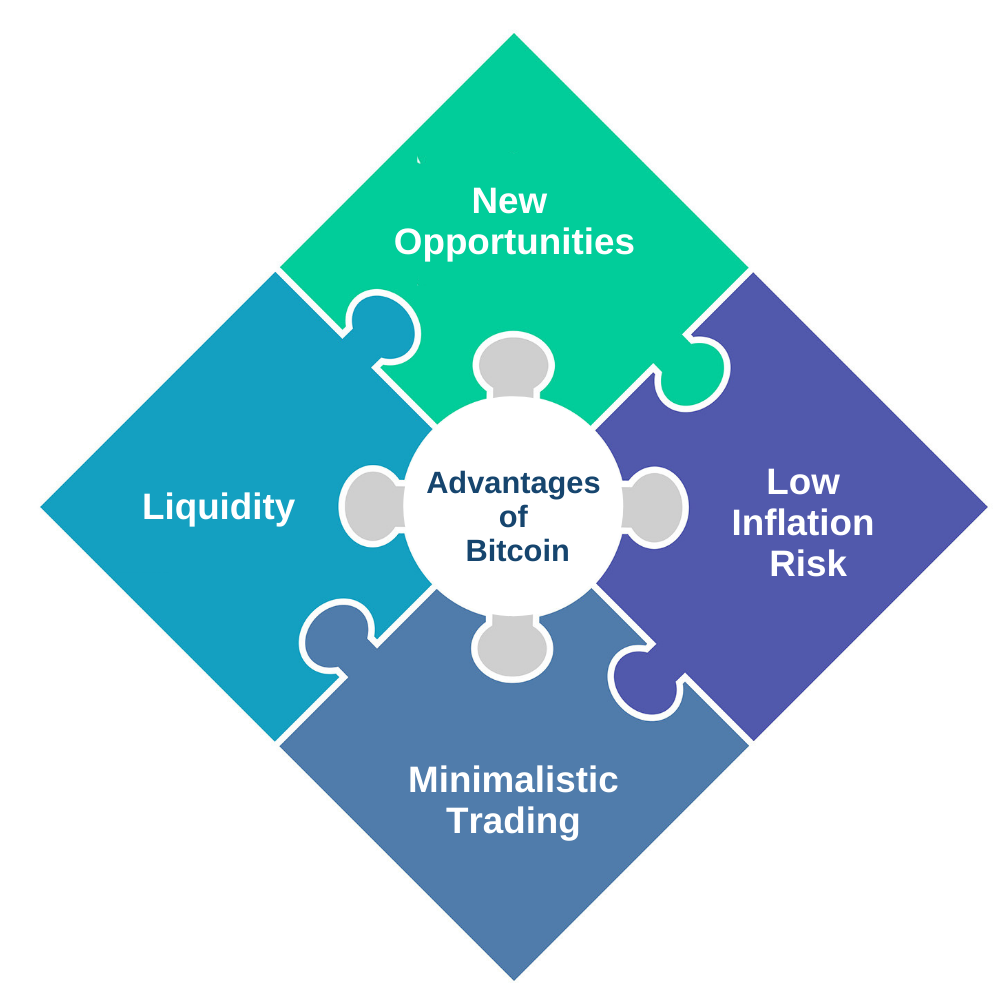 Due to the worldwide construction of trading platforms, exchanges, and online brokerages, Bitcoin is probably one of the most liquid investment assets. With incredibly cheap costs, you may simply trade bitcoin for cash or assets such as gold. If you're searching for a quick profit, bitcoin's high liquidity makes it an excellent investing vehicle. Due to their great market demand, digital currencies may also be a long-term investment.

Bitcoin and cryptocurrency trading are still in their infancy, with new coins entering the mainstream on a daily basis. This newness carries with it very high price fluctuations and volatility, which could lead to large gains.

Bitcoin is impervious to inflation, unlike other foreign currencies that are managed by governments. There's no need to be concerned about your cryptos losing value because the blockchain system is limitless.

Stock trading necessitates the possession of a certificate or license. To trade a company's shares, you must also go through a broker. Bitcoin trading, on the other hand, is simple: simply purchase or sell bitcoins on exchanges and store them in your wallet. Bitcoin transactions are also instantaneous, unlike stock trading orders, which can take days or weeks to settle. 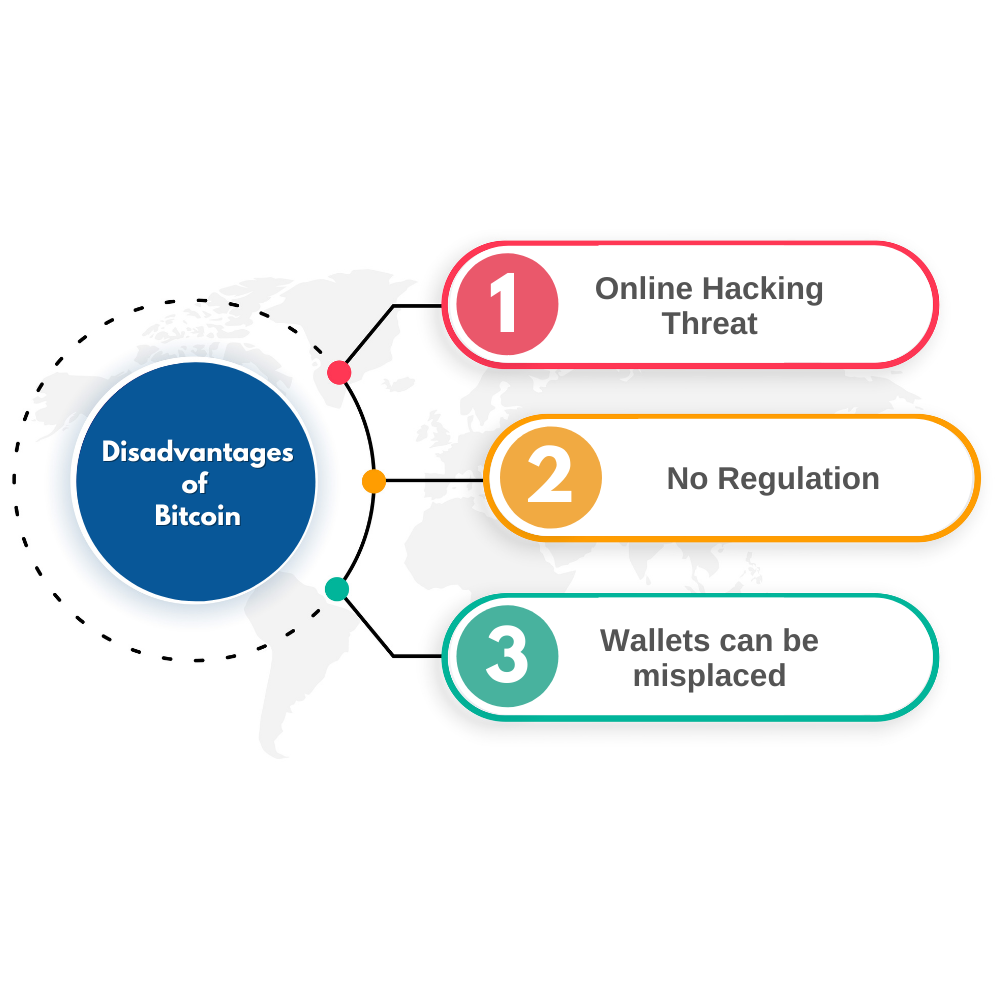 A bitcoin investor faces a significant risk of hacking. Bitcoin exchanges allow you to purchase and sell bitcoins via a mobile app or website. As a result, they are vulnerable to hacking and the theft of your entire investment.

At the moment, there are no major rules governing the bitcoin market. It isn't taxed, and governments aren't sure what to do about it. As a result, you may be vulnerable to deception and malpractice.

WALLETS CAN BE MISPLACED

You lose your bitcoins if your hard disc crashes or a virus corrupts your wallet file. You can go from being a wealthy investment to being a bankrupt one in a matter of seconds, with no possibility of recovering.

Can bitcoin be converted into cash?

Bitcoin, like any other asset, may be exchanged for cash. People can do this on a variety of cryptocurrency exchanges online, but transactions can also be done in person or over any communications network, allowing even small enterprises to take bitcoin. Bitcoin does not have an official mechanism for converting to another currency.

How can you get Bitcoin in UAE?

It takes 10 minutes to mine one bitcoin, no matter how many miners there are. Using the average power usage offered by Application Specific Integrated Circuit (ASIC) miners, it will need 72,000 GW (or 72 Terawatts) of power to mine a bitcoin in 600 seconds (10 minutes).

You'll need an Android or iOS smartphone at the very least to mine Bitcoin. This is due to the fact that it features the best mining-friendly operating system for Bitcoin mining. The Android as well as iOS market is already crowded with apps that allow you to mine Bitcoin from the comfort of your own home.

The price of bitcoin fluctuates due to a variety of factors, including media attention, speculation, and availability. As a result of the unfavorable coverage, some bitcoin owners panic and sell their holdings, sending the price down. When it comes to positive press, the opposite is true. In addition, when the volume of bitcoin sold on the market rises, the price falls.